James Graham lives in France, where he does research and occasional undercover work for French journalists. Published in Baffler, Charlie Hebdo and elsewhere, his 24-hour convenience store can be found at continentalriffs.substack.com. le Plouc de Paris (The Bastard of Paree) is his new novel. Bit parts in French films when they want a quiet American in the shadows. Jackie (Pablo Larrain) and Rickshaw Wars (Brennan Stultz) are his big hits. No literary ambitions, no academic affiliations. 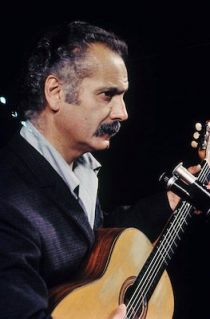 The music races by in just over three minutes but feels much faster.

The music races by in just over three minutes but feels much faster.